That is one sexy chair. Yes, I crush on chairs often, but this one is something special.  You've got to admit, it's pretty spectacular. 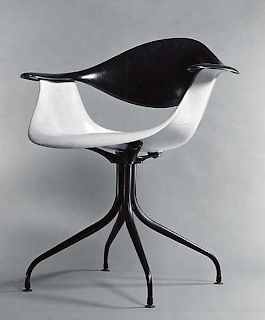 
The chair's history, taken from HomeOfficeSolutions.com:

When George Nelson began designing his Nelson™ Swag Leg chair for Herman Miller™ in 1958, he envisioned a sculptural look for the chair's base that would be made of metal and machine-formed. Nelson found his technical solution in “swagging,” a method of using pressure to taper and curve a metal tube, and engineered an elegant method of joining the four legs into one, tree trunk-like organic shape with a splayed base.

For the chair shell, Nelson got permission from Charles and Ray Eames to use their patented process for molding plastic, and created a chair with separate seat and back shells to let the chair back flex as the sitter moves, and allow air to circulate to prevent heat build-up. The resulting chair was a triumph of design that was comfortable, functional and aesthetically pleasing, equally at home in living rooms, dining rooms and home offices. 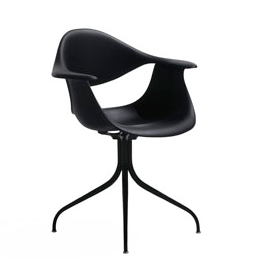 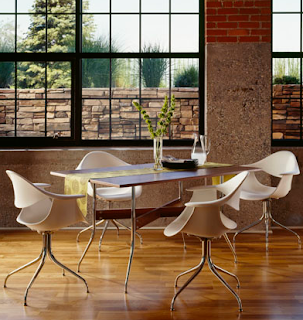 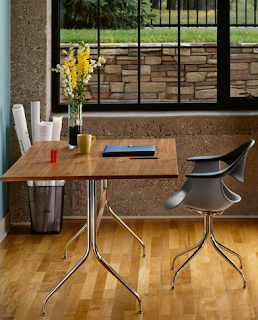 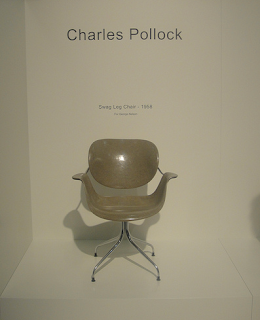 Charles Pollock helped design the chair!  After graduating from Pratt in the early 1950's, Pollock joined George Nelson's design studio. During his time with Nelson, he worked on the ground-breaking Swag Leg Chair, based on an idea he began developing while at Pratt. 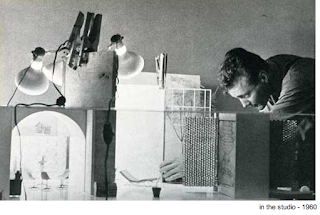 I get chair crushes too, and this one has definitely made my heart flutter!