Jens Risom is one of the great Danish designers of the mid century.  The son of an architect, Jens was destined to create some incredible designs during his life.   Indeed, that's what he did. 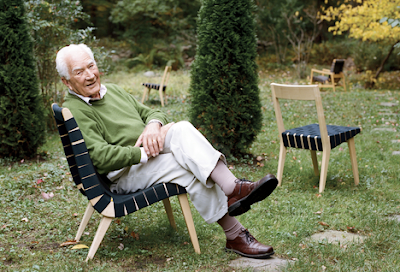 Jens Risom (1916-     )
This beautiful and talented man is still with us!
He is considered one of the greats of the mid century designers and many of his pieces can be found in museums including The Museum of Modern Art NY, Yale University Art Gallery, Brooklyn Museum, Rhode Island School of Design Museum and Cooper-Hewitt Design Museum, the United State's museum of design history and contemporary design.

Jens trained at the Copenhagen School of Industrial Arts and Design and then traveled to New York to continue his studies.  In 1941 he partnered with Hans Knoll, which led to the creation of Hans Knoll Furniture Company in 1942.   (Post on Hans and Florence Knoll coming soon)!

In 1943 he was drafted into the US Army where he served under General Patton.  After his return from service he only briefly re-joined Knoll.  In 1946 Jens started his own design firm: Jens Risom Design (JRD). 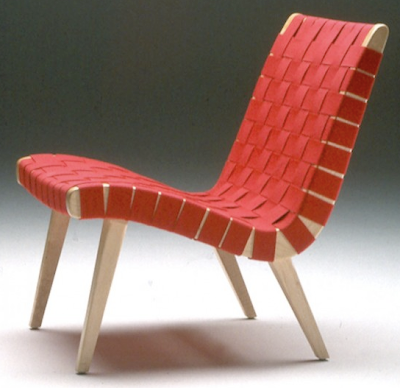 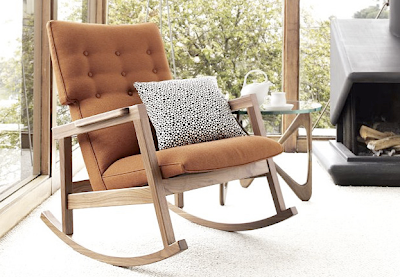 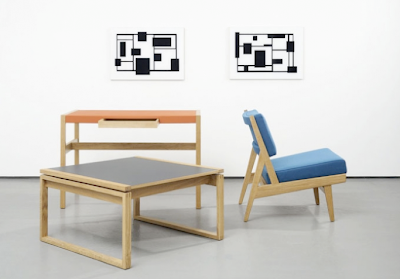 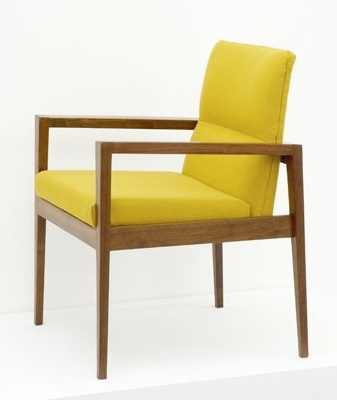 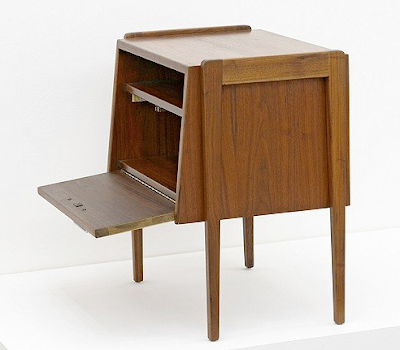 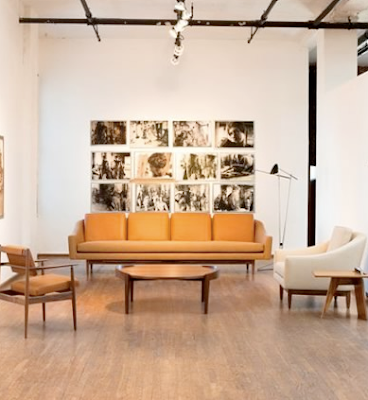 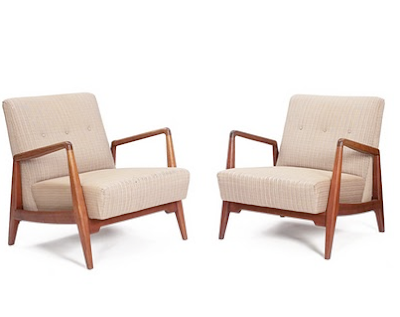 Courtesy BareHillBarn.Blogspot
Posted by Rhan Vintage at 8:51 AM

How adorable is he? Too bad I'm done having kids cuz Jens is sweet boy name! :)

I'm a Jens Risom lover to the Nth degree. What a talented man...and what gorgeous furniture. My next decorating quest is to find a pair of his chairs that I can afford.

You and me both sister!!