Jonathan Winters, the Actor, the Artist.

Who knew Jonathan Winters was an artist besides a hilarious actor? Apparently a lot of people! Just not me, until recently.  I came across a killer sketch at the past weekend's estate sale and thought "Hmmmm, the Jonathan Winters"? I had to have it.  Wish I could say it was a real painting but it's just a poster.  I was immediately drawn to the strangeness of it and the 60's styling. It's kinda out there in terms of design, somewhat strange you might say, but I like that stuff!

I posted the Jonathan Winters art here on my blog on Sunday and I received many comments and emails saying that indeed people knew he was an artist and everyone seemed to love his work.  I had to investigate to see what I had been missing all this time!  I'm in love and now want more of his work. 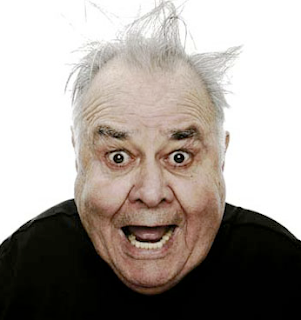 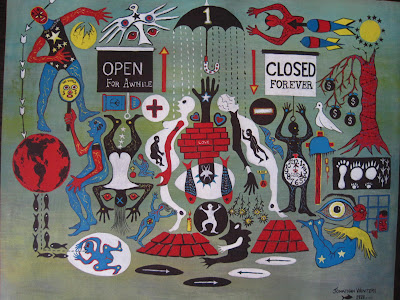 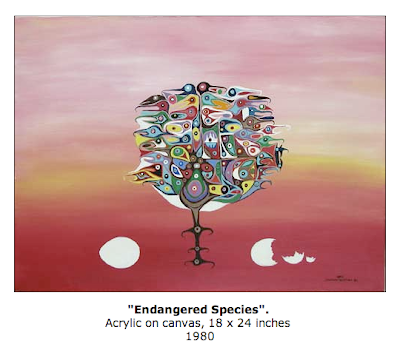 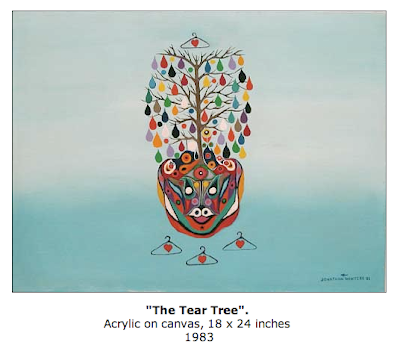 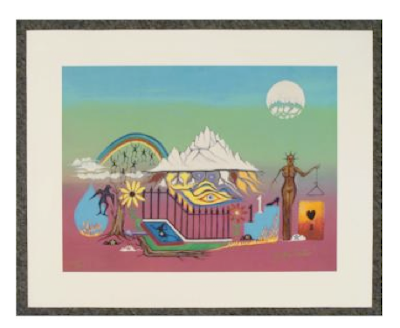 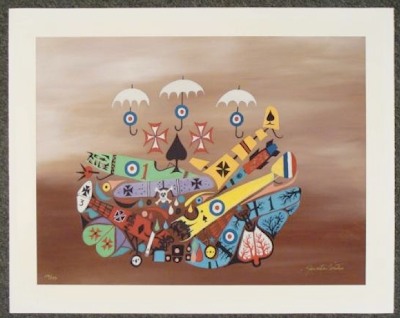 "The Day They Got Their Wings"
Live Auctioneers 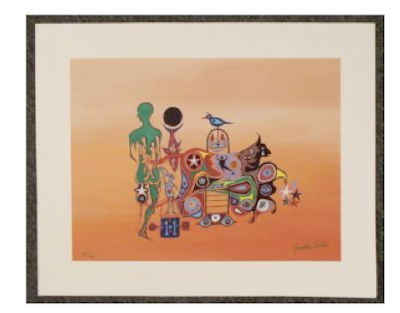 "Thoughts of a Matador"
Universal Collectibles 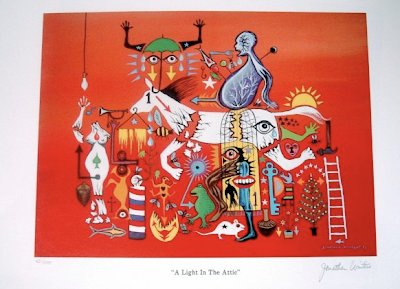 "A Light in the Attic"
Live Auctioneers 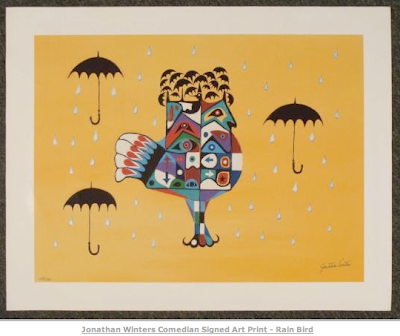 Yup, knew he was an artist. Seems quite a few actors do art. =D

I hope you make sure to hang it in your home!

I had no idea either! How fantastic that you got that print.

Jonathan Winters was my favorite comedian when I was growing up. I knew he painted but have never seen any of his work (not sure why I haven't taken time to search it). I'm very amazed! Really like the pics you posted.

I'll bet you were amazed...I would have been! To find a print at an auction of his...is a rare find. My kitchen window (and I seriously live in a small town with lots of love and character) looks directly up a hill, at the home of Clara Winters, Jonathan's homeplace during the summers as a boy - the original attic print, in one of his first books...I've always been told, was inspired by the attic of this house! I would love to ask him personally one day it that is true! Our Library in town is the "Winter's Library" (Greene County, Bellbrook, Ohio)...which was donated by the Winters Family, a beautiful limestone building used originally as the Winters Bank turned library ca. 1905. Thank you Mr. Winters for giving us this wonderful history, and to you, for your appreciation of a very cool man in our lifetime - great find!