I've had a love of Harry Bertoia wire chairs for a very long time. I am still reeling at the fact that I now own a pair of armless chairs, thanks to Craigslist.   While we might tend to think of Harry Bertoia as only a chair designer, do you know what a talented man he was?  I feel so honored to have a piece of his design in my home because of what an incredible designer he was, on so many levels .....read on below. 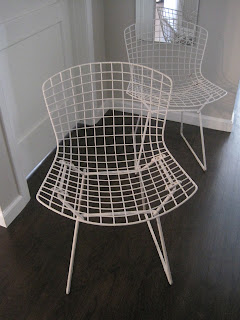 my new loves.
Let's get to know the brilliant, multi-talented Mr. Harry Bertoia a bit....
He was an Italian-born designer who's birth name was Arieto.  Called "Ari" for short, upon his move to the US his name became Americanized to Harry.  He attended the Art School of the Detroit Society of Arts and Crafts, then Cranbrook Academy of Art in Michigan, a prestigious school also attended by other well-knowns including Saarinen and Florence Knoll.  Upon completion, he was invited to stay on at the school to re-open the department of metalworking.  It was here that he began experimenting in jewelry design, metal sculptures, drawings and print.  He actually made the wedding rings of Charles and Ray Eames! 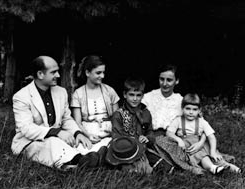 The Bertoia Family
He later went on to work with the great Charles Eames to assist in developing the molded plywood chair.  In 1950, by invitation, he joined Knoll and this is where he developed his signature piece, the Diamond Chair, and earned recognition as a furniture designer.  A very innovative and unique chair for the time, it used industrial wire rods that were finished either polished or coated with a white vinyl "paint".   It actually looks like a sculpture, less like a chair.  This chair became part of the "modern" furniture movement and over the next couple of years Bertoia created several more chairs for Knoll, including the wire armless chair. 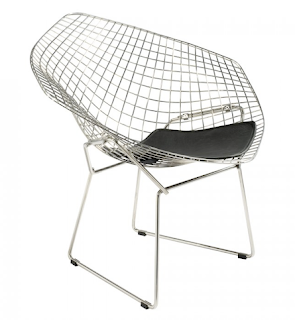 About this chair he said:
"If you look at these chairs, they are mainly made of air, like sculpture. Space passes right through them."
In his life Bertoia created many architectural sculptures, including "tonal" sculptures, or sounding sculptures.  He gave small concerts in his barn to family and friends with his 100+ collection of tonal sculptures.  He is responsible for 11 albums of the haunting sounds his sculptures created, known as Sonambient.  To this day his Sonambient barn remains as he left it.  Three major documentaries have been released featuring his tonal barn. 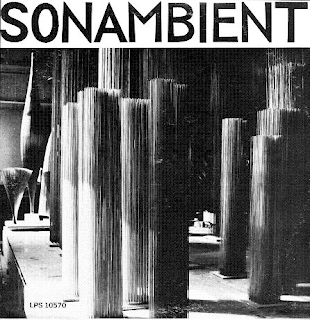 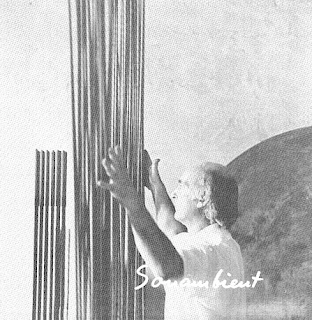 The talented Mr. Bertoia is also known for his architectural sculptures including pieces at the General Motors Technical Institute, and the alter piece at MIT's chapel,  pictured below. 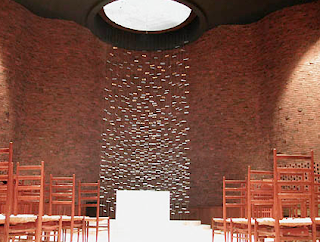 And some of his incredible metal work art sculptures and jewelry: 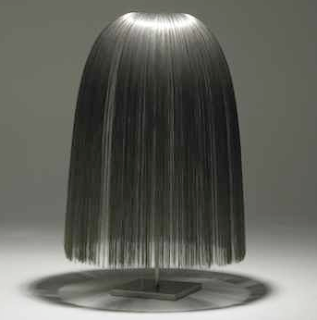 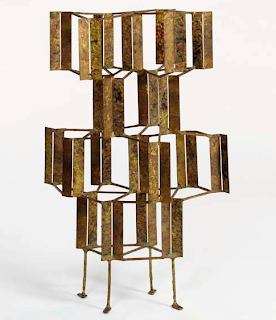 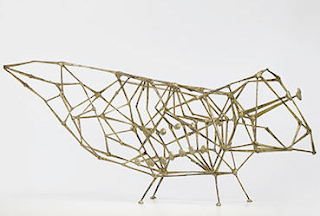 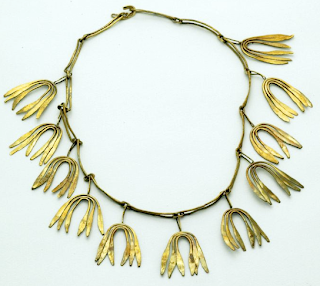 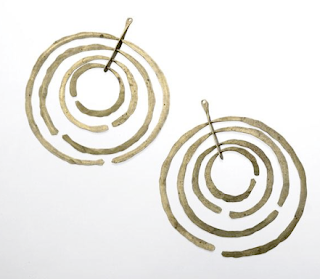 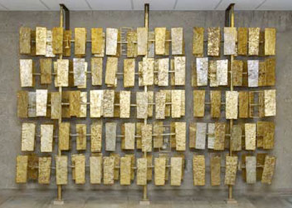 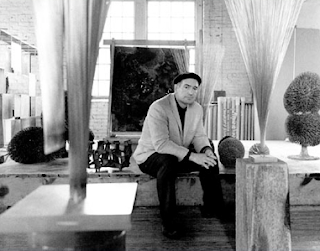 Bertoia in his studio.
Posted by Rhan Vintage at 11:14 AM

Thanks for a beautiful post! I love Bertoia and hope to own one of his pieces someday too.

Thanks for letting the public know that he was so much more than a chair designer. You CAN own a Bertoia at a reasonable cost; check it out. http://harrybertoia.org/table-tonal.php