An Ode to Hans Wegner 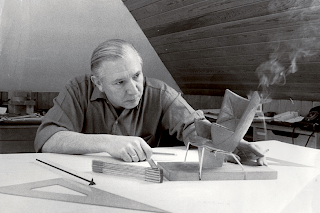 The brilliant Hans Wegner is the designer of one of my favorite chairs from the mid century - the Wishbone chair.  Designed in 1950 it is one of the most identifiable chairs of its time and remains effortlessly stunning and fluidly gorgeous even 60 years later. 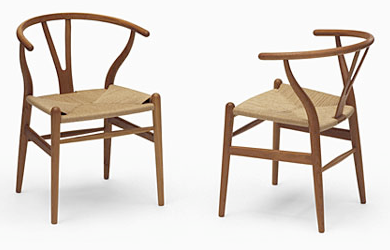 Hans Wegner (1915-2007) trained as a cabinet maker before attending the Copenhagen School of Arts and Crafts, where he later lectured from 1946-1953.  From 1938-1942, he worked as a furniture designer in Arne Jacobsen and Erik Moller's architectural firm.  In 1943 he set up his own office in Gentotte and collaborated with Borge Mogensen in the design of an apartment shown at the 1946 Cabinetmakers Exhibition in Copenhagen.  Throughout his long career, he has designed furniture extensively for Johannes Hansen and Fritz Hansen.  The Royal Society of Arts, London made him an Honorary Royal Designer for Industry in 1959.  Source: ScandinavianDesign.com 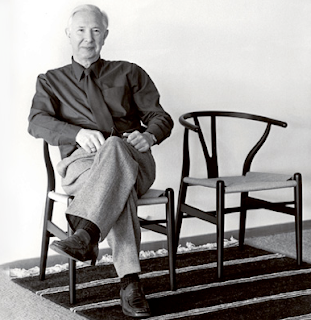 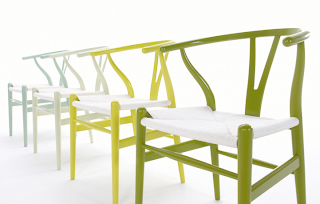 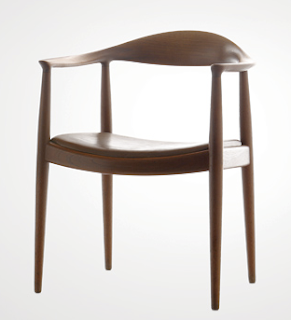 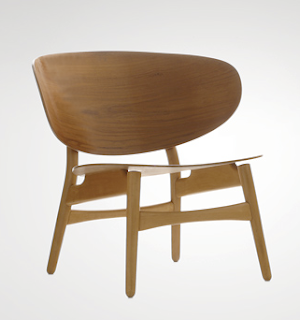 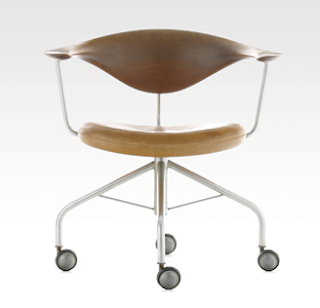 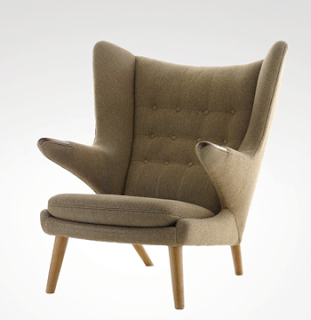 Early this spring I made a trip to the Wentzville flea market. We got there earlier than usual. I noticed some nice danish chairs sitting in a stall and asked the guy how much they were asking for the pair, since they weren't marked. He said he'd have to ask his wife as she had JUST purchased them from another stall! She didn't know what she wanted for them or if she even wanted to sell or keep them. She asked me to make an offer. I looked at the maker mark, Johannes Hansen and it didn't ring any bells. I also couldn't find anything on Ebay using my phone. So I passed and they gave me a card and asked me to give them a call if I changed my mind. A day later I realized my mistake. They had too. They ended up selling the set of "The Chair"s on Ebay for $2000.

The Chair is truly The Chair in my world. Perfection. Your story is unbelievable - I would never get over that one!! Wow! Nice to know though that somewhere out there they are floating around.

I love the Papa Bear. It's my dream chair that someday I will find sitting on the curb just waiting for me. Wouldn't that be nice!

I dream of finding "the chair" or a wishbone somewhere but it's a slim chance around here in Los Angeles!